As an artisan, you compete to create the most beautiful glass window in the Sagrada Familia. Your glass pieces will be represented by cards. These have a color and a shading. The shading is indicated by the value on the card (the lower the value, the lighter the shading).

In each round, the player places two cards in his window. In doing so, he must follow the color and shading requirements of the default, and two cards of the same color or shading may never be placed directly next to each other. Tools help him to fulfill these specifications.

After 10 rounds the player receives points depending on his fulfilled orders. If he has reached the specified number of points, he has won and is now considered the most famous artisan in Spain.

The game lasts exactly 10 rounds. In each round the player has 2 turns.

At the beginning of the round the player draws 3 cards for his 2 turns. When the deck is used up, the discarded cards are reshuffled to form a new deck.

At the end of the round, the player places unused cards in a row. If there are more than one cards, they are stacked. Each round the row is extended as only 1 (card or stack). This row represents the number of rounds (called “turn bar”). Once ten cards or stacks are in the turn bar, the game is over. Cards used for tools are discarded along with the tool.

When putting the cards into the window, the following rules apply:

As soon as 10 cards or stacks laying in the turn bar, the game ends. The final scoring is done as follows:

The tool cards are the cards with the white border. The player needs to have a card, that matches with the symbol to use a tool card. The following table shows the individual function of each tool card:

In case of the three circle tool "Return all drawn cards to the bottom of the pile and draw new cards": Just redraw 2 new cards (since 1 card has already been discarded to use the tool). 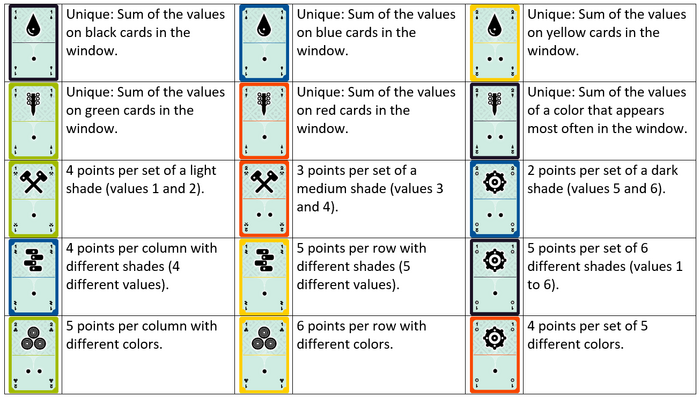 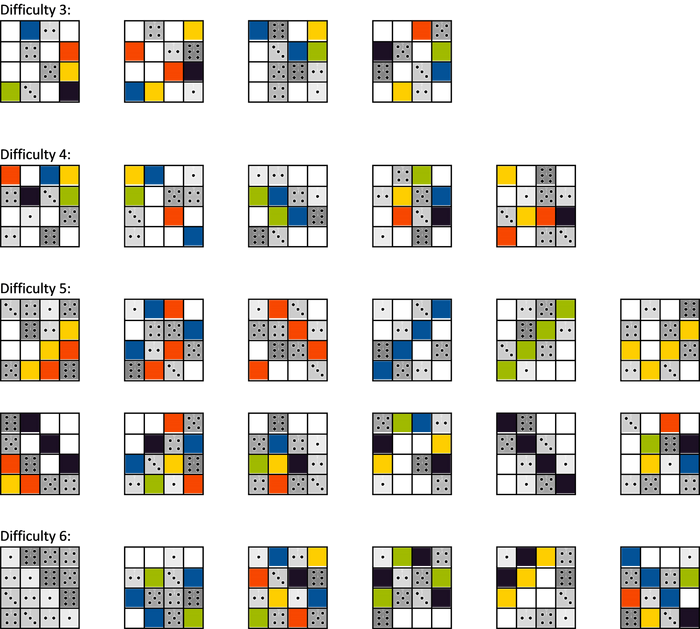 Retrieved from "https://greenbox.fandom.com/wiki/Koloretako?oldid=1260"
Community content is available under CC-BY-SA unless otherwise noted.